Last weekend a bunch of us from the Havering Amateur Radio Club decamped to a field at the Kelvedon Hatch secret nuclear bunker and set about trying to contact as much of the planet as possible by radio.

It was a good excuse to try out my new radio, an Icom 9100, and break out the big beams and linear amplifiers. 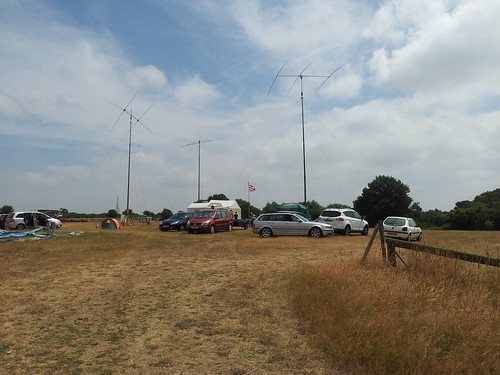 We had two HF stations, on 20m and 17m and one VHF station trying to work though some satellites.
A total of over 300 QSOs were logged, a good third of those using CW on 20m. There is a QSO map on line. Some photos of the event are on Flickr.

You’ve got to photograph a bug or two when you’re in a field. Here’s a ladybird larvae. 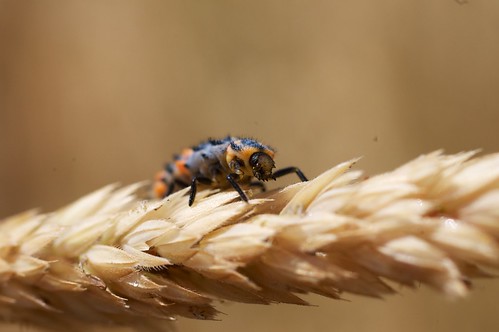